THE HALAL GUYS IS COMING TO CALGARY

Franchisee Youssef El Sweify has signed a multi-unit franchise deal to bring at least five locations to the Calgary area – marking the concept’s fifth international deal and third in Canada, building on existing locations in Toronto. He plans to open the first location in the Fall.

The Halal Guys is the largest American Halal Street Food concept in the world. Founded in 1990 by Mohamed Abouelenein, Ahmed Elsaka, and Abdelbaset Elsayed, The Halal Guys is now franchising worldwide via a new fast casual/QSR restaurant format.

Ahmed Abouelenein, the company’s CEO, said there are 94 locations in the world currently with 200 in the development. In Canada, there are two operating in Toronto.

Abouelenein said the company has sold five units each in Alberta, Toronto, and Vancouver. The 15 units are under development.

“I think the Canadian market we can develop there at least from 50 to 100 units easily in the next 10 years,” he said.

He said each franchisee of the 15 is required to open one store a year.

“Canada is a very unique market when it comes to food. I know there are a lot of people that will love to eat our food there. In addition we have a lot of customers in the States that are from Canada that love our food and always ask us to bring our food to different parts of Canada.” 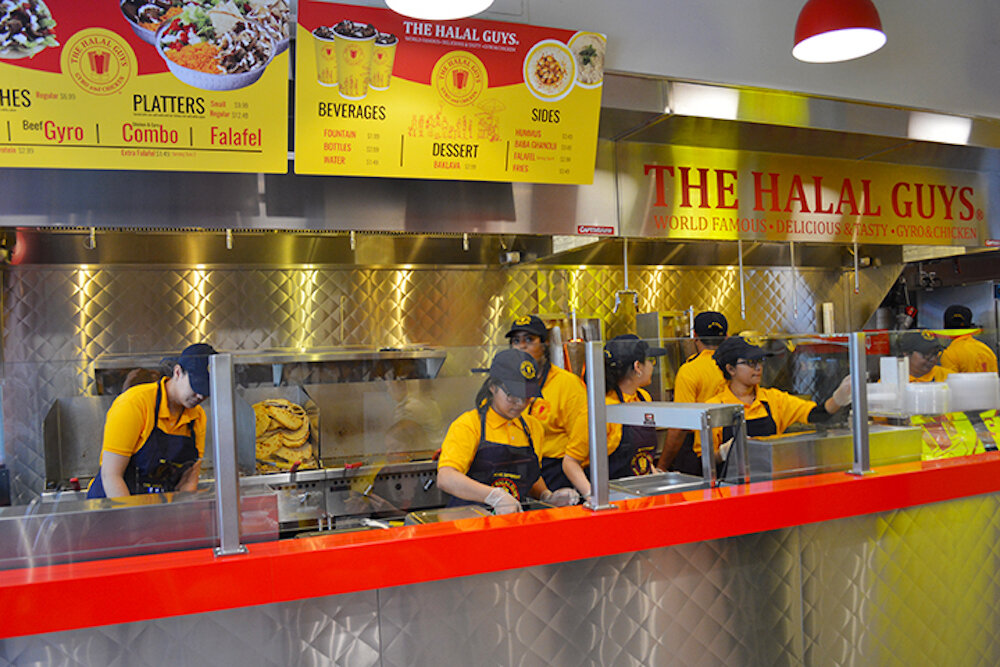 The Halal Guys became a well-known New York City brand largely via word-of-mouth thanks to Muslim cab drivers in the 90’s who appreciated delicious, fresh and well-priced American halal food.

“It was a very good valuable meal that was cheaper for our customers,” said Abouelenein. “We focused on our customers, focused on the food quality we serve to the customers. The popularity of the food cart grew a lot and we came to put our first corporate location around mid-2014 in New York City and we started introducing our same menu items that we serve at carts with additional side items.

“That’s how the brand started over the years. The customers loved the food, very unique brand. When the brand started, it was mainly focused on serving halal foods to Muslim cab drivers in the early 1990s because there was no halal food in the city at that time. And throughout the years the brand grew and the halal concept grew from only Muslim cab drivers to everyone and today 90 or 95 per cent of our customers are not Muslim. So the brand is everyone. It’s all about the food we serve to the customers. We take pride in serving the food and we’ll continue doing what we’re doing.”

Abouelenein said the company is extremely excited to enter the Canadian market.

The Alberta locations will include Calgary, Canmore, and Banff.

“The Halal Guys is a unique concept, and there is nothing like it in Canada. The demand for The Halal Guys is very strong here, and we are extremely excited to be opening in the greater Calgary area,” said franchisee owner Youssef El Sweify. “Our goal is to have the first restaurant open by Fall.”

The Halal Guys is partnered with Fransmart, the industry-leading franchise development company behind the explosive growth of brands like Five Guys Burgers & Fries and QDOBA Mexican Grill, as its exclusive franchise development partner to grow the brand. The concept is actively looking for experienced multi-unit foodservice operators to develop additional franchises in major markets across the United States and internationally.

Article from Retail Insider Back to The Halal Guys Page