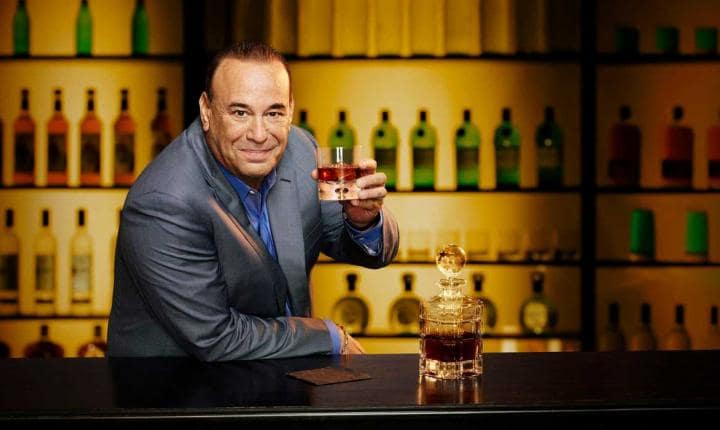 Building on Taffer’s more than three decades of hands-on consulting experience specializing in nightclubs and pubs, Taffer’s Tavern is designed to unite a best-in-class beverage program and the most interesting, delicious tavern fare with a streamlined kitchen.

THE OUTSPOKEN STAR OF “BAR RESCUE” WANTS TO SOLVE CUSTOMERS’ DISCONNECT WITH RESTAURANTS.

Jon Taffer is known for making bold statements. Whether it’s to a restaurant or bar owner on his hit TV show, “Bar Rescue,” or general commentary on the industry, he doesn’t hold back.

And he recently made another one: Casual dining has lost its identity.

“I’ve been doing this for a long, long time, and I’ve sensed, almost out of frustration, the casual-dining sector is a bit lost,” he says.

In today’s industry, rising wage pressures, regulations, disruption from mobile, tech, and delivery, as well as a saturated landscape, continue to stir a dynamic that’s changing hyper-rapidly relative to the past 100 years of foodservice.

On just the labor front, the turnover rate in the restaurants-and-accommodations sector rose to a post-recession high of 74.9 percent in 2018, according to the National Restaurant Association.

And the casual-dining sector has been slow to react, Taffer says. With his new concept, Taffer’s Tavern, he is taking on all of these issues with viable solutions to reignite the category.

“In essence, out of recognizing how disconnected the casual-dining sector is, I want to solve this,” he says. “I wanted to create a franchise that was much more connected to today as far as labor models and robotic cooking, the proper food preparation systems, and the type of environment that fits today.”

The first Taffer’s Tavern is expected to open in Atlanta sometime in March or April next year. Taffer teamed up with Fransmart, which helped grow Qdoba and Five Guys, to target specific states and franchisees. Taffer says he expects the brand to enter 50 of the top U.S. markets and hit 200 units in the next three years. New York, LA, and Las Vegas are up next.

As for what differentiates the concept, it all comes back to where the industry’s biggest hurdles are.

“Everyone talks about how hard it is to get employees, and when you get them they’re expensive,” says Fransmart founder and CEO Dan Rowe. “So, it’s like OK, well, let’s figure out how to do a lot of volume with fewer employees. We’ve engineered that entire model.”

It starts in the kitchen. The days of a space with six to eight cooks on the line are over, Taffer says. At his restaurant, which signed its first multi-unit franchisee agreement in September to expand in Georgia, the kitchen’s layout is smaller and requires only one to two employees to cook for a high-volume of orders. The concept is able to run efficiently with fewer workers because of integrated technology.

One of the biggest departures from traditional setups will be the lack of a hood and vent system. Instead, chefs will cook using a sous vide method. Everything comes wrapped and seasoned, but is still fresh.

Sous vide enables the ultimate level of control from cooking to flavor, he adds.

“Cooking is exact,” he says. “Everything is seasoned specifically. The spec of every protein is identical. Other casual-dining operations can have more salt, less salt. I mean, some of this becomes somewhat ambiguous on the line, as far as exacting and recipes is concerned.”

“The future of culinary is not chefs, it’s technology.” — Jon Taffer

With sous vide, proteins can all be cooked to an exact temperature. The cook can finish off the item with a nice sear on each side using a panini-style device.

“[We’re] able to send out an extremely high-quality product that we believe will have greater consistency than our casual-dining peers,” Taffer says.

This new kitchen layout will also eliminate the time and labor that goes into cleaning and maintenance. Employees don’t have to worry about wiping up grease, and as all proteins are wrapped, it eliminates other cleaning tasks normally needed to prevent contamination from raw, unwrapped product.

“We’re really going at this in a scientific way,” Taffer says. “The future of culinary is not chefs, it’s technology. We need to understand that. We’re embracing the technologies that will provide consistency, the cooking styles that provide consistency and sanitation standards that are inherent in the way we’re doing it.”

Sous vide also means food costs go up for off-site preparation, but the labor model is slashed by more 50 percent, he says.

Additionally, integrated technology between the front and back of house helps streamline operations. When an order pops up in the kitchen, the computer displays exact instructions on how to cook each dish, leading to better accuracy.

Managers have control of everything from prep time to guest counts on their phone. Instead of having to wait to see where issues pop up, managers have instant access to data and insights on an hour-by-hour basis.

“Let’s say that length of stay goes down from Wednesday to Wednesday, and suddenly when we look at our analytics, sales went down,” Taffer says. “We look at all sorts of things in the Taffer’s Tavern system.”

Leadership will have transparency to the floor—everything that could have affected the length of a customer’s stay, from production times to ticket times and even what music was playing. Using these insights, managers will be able to make changes on the fly and get customers to hopefully stick around, which in turn drives beverage revenue, Taffer says.

Growing a tavern-style restaurant also gives the brand an advantage. Many concepts start closing down at 10-11 p.m., Taffer says. A tavern is entering a whole new daypart at that time, opening up additional hours of revenue.

Don’t expect anything too out there on the Taffer’s Tavern menu. “I’m not a trend guy,” Taffer says. Sometimes catering to “the next big then” can shorten a restaurant’s lifespan.

“Every trend that you’ll ever identify ends,” Taffer says. “But the oldest restaurant in any city is the steakhouse, the seafood house, the most non-trendy environments. We’re looking at a menu that really focuses on comfort foods.”

The menu will be centered around tavern dining. A mix of classic comfort foods that are recognizable and have a slight twist. Thanksgiving dinner is a possibility, Taffer says. Think steaks, short ribs, turkey, or roast beef dinner. The culinary team is also playing around with spirits in dishes and sauces, true to Taffer’s persona.

Diners won’t find a plate in sight at the tavern, either. Taffer decided everything will be served on large wooden trays. The idea came from his desire to get a reaction out of every guest. Taffer wants customers to have an immediate need to take out their phones and take an Instagram-worthy pic.

“I look at our business very differently,” he says. “To me, food and beverages is the vehicle, not the product. The product is a reaction.”

“It’s the logic that I don’t sell food or drinks,” he says. “I sell reactions. I achieve it through food and drinks. Because when it hits the table, if you sit up straight and say ‘Wow. Wow.’ I got you. The cook isn’t cooking an entree. He’s cooking a reaction. He’s achieving it through the entree.”

The beverage program wasn’t left out in the process. Taffer uses different vessels, garnishes, and color combinations in drinks to get customers to pull out their phones and snap a memory.

“We are working incredibly hard on presentation,” he says.

Another example of over-the-top experiences comes in the form of tableside drink infusions. The team swaps out the coffee in a French press for other infusions. Guests can add as much flavor, like strawberry basil or caramel chocolate, to their drinks when it gets to the table. Those infusions, like the rest of the beverage program, will change seasonally. Guest will also get the chance to have their cocktails smoked tableside.

“This goes back to that disconnect in casual dining right now,” he says. “The days of a hamburger on a round plate are just over. We need to understand as an industry that we need to excite people again.”

“The days of a hamburger on a round plate are just over. We need to understand as an industry that we need to excite people again.” — Jon Taffer

Taffer plans on capitalizing on different events, including sports and concerts, to create visits within the restaurant. For example, if Elton John is coming to town, the concept will play his music and develop promotions.

“Everything is very tailored to the operating area of the franchisee with regard to entertainment,” he says. “We download promotional messaging for banners on all of the screens. We’re really taking technology to the next level.”

The unique design of the concept allows it to fit in a number of different layouts. Certain schematics—building elements and technologies—will carry over to each unit. However, the restaurant can open in everything from a mall setting to an end cap or on its own freestanding spot.

“We’ve created a plan that provides enough flexibility for smaller markets to do end cap deals that make an awful lot of sense,” Taffer says.

Along with franchisees, a number of landlords across the country have reached out to him saying they want the concept on their property. These landlords are offering to pay everything from improvement allowances to pricey liquor license to get a Taffer’s Tavern on their property, he says.

Taffer’s also working with Fransmart and franchisees to identify tired concepts that could be rebranded as a Taffer’s Tavern.