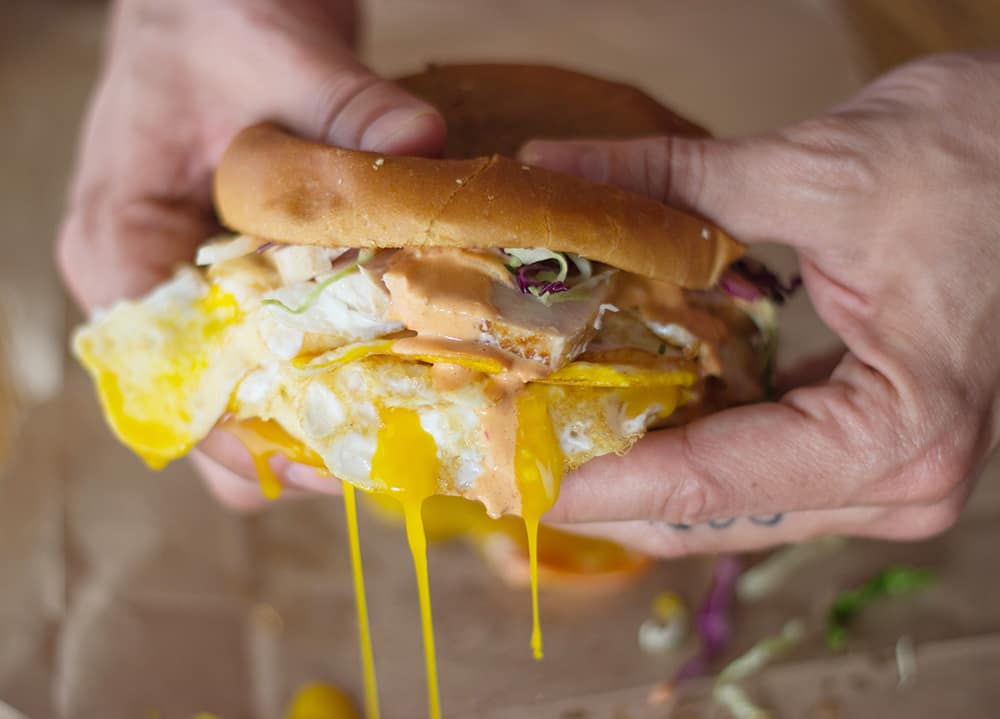 Slapfish, a modern seafood franchise serving up bold, crave-worthy dishes in a fast casual setting, announces the opening of its newest location in Rockville, MD. The first restaurant in Maryland – and 13th location total – is slated to open its doors at 12055 Rockville Pike at Montrose Crossing in early June 2018, continuing to spread the brand’s message of ridiculously fresh, refreshingly responsible seafood across the nation.

The unique fast-casual concept, evocative of a classic seafood shack, is known for inventive dishes like Chowder Fries, Lobster Grinders, and the famed Clobster Grilled Cheese. With dishes for an array of palates, Slapfish Rockville offers an expansive menu of health-conscious items such as the Slapfish Power Bowl, Lettuce Wrapped Fish Tacos, The Grilled Shrimp Burrito, as well as indulgent offerings including the Dagwood Fish N Chip Sandwich and Surf N Turf Lobster Burger. The new location will also develop an over-the-top crab cake-inspired dish for local crab enthusiasts.

“Maryland offers the perfect coastal location for Slapfish,” says CEO and founder, Chef Andrew Gruel. “With close proximity to our nation’s capital and access to some of the best seafood available, Slapfish Rockville will bring East Coast flair to our uniquely branded concept.”

Slapfish Rockville is owned by Chenega SF, LLC and operated by Janjer Enterprises, Inc., founded by experienced restaurateurs of nearly four decades, Jan Strompf and Jerry Friedlander. As operators of 32 Popeyes Louisiana Kitchen locations throughout the region, the team was seeking a new and innovative concept to diversify their portfolio, and when their real estate broker introduced them to Slapfish, they were instantly sold. After meeting with Gruel, they were drawn to his commitment to creative, chef-driven dishes and responsible sourcing practices, and knew that it would be a seamless addition to their booming portfolio.

“When we first discovered Slapfish, we knew it was the perfect brand to invest in, and when we met Chef Gruel, he really stood out to us as a long-term partner,” adds Friedlander. “We believe that our restaurants should not only serve the highest quality food, but should also stand out in the marketplace. Slapfish is a one-of-a-kind concept, and with our prime Rockville location near Chesapeake Bay where quality seafood is highly sought after, we are confident that locals will fall in love with the brand as we did.”

Founded by Chef Gruel in 2011, Slapfish started as a food truck serving boat-to-plate seafood and quickly grew into eleven brick-and-mortar locations, with upcoming openings in South Korea, the UK, Oklahoma, Nevada, Arizona, Florida and Northern California in 2018. With plans to open up to twenty locations throughout Maryland, Delaware, Washington, D.C., Philadelphia and Southern New Jersey within the next five years, the Chenega SF and Janjer team looks forward to expanding Slapfish across the mid-Atlantic, in partnership with Gruel.

Slapfish is a Modern Seafood Franchise – seafood redefined with a fresh attitude, simple flavors and a healthy smack of gourmet. Slapfish has created a distinct brand that revolves around drool-worthy “boat-to-plate” cuisine in a casual, relaxed setting. Chef Gruel’s menu boasts a variety of daily and seasonally changing features, seafood from Sea to Table, and bib-worthy dishes with bold flavors. The brand currently has eleven units open, with over 150 more locations in development both domestically and internationally.

Article from Franchising.comBack to Slapfish Page