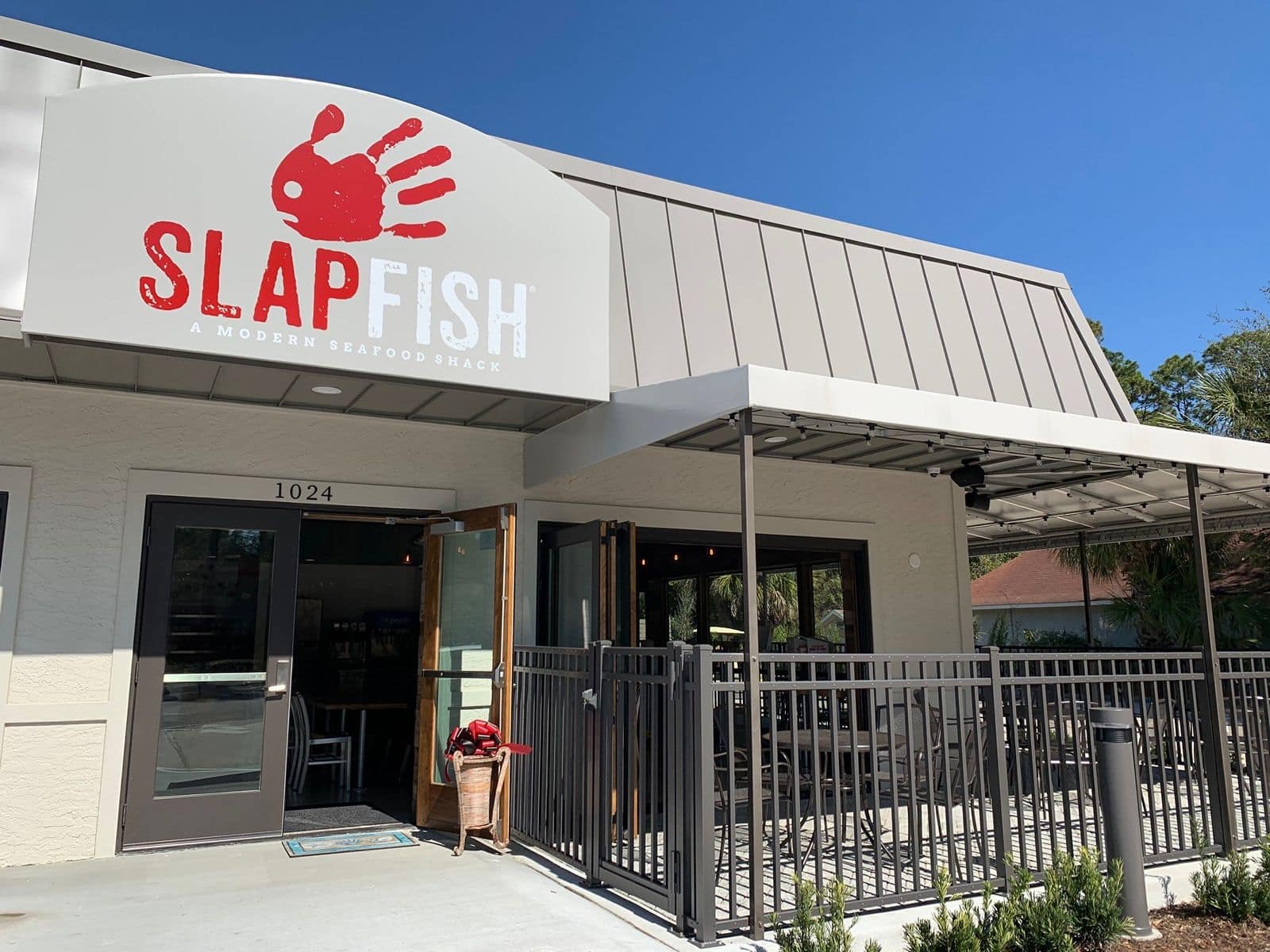 “The entire Lomasney family is truly passionate about the Slapfish brand and mission to increase consumption of sustainable seafood,” said Slapfish Founder and Executive Chef Andrew Gruel. “The renovations they completed in Hilton Head match the needs of the local community, and it only reinforces the adaptability of the Slapfish brand and the unique spaces in which we can operate.”

Led by Sharon, David, Zach and David Q. Lomasney, the family brings more than 30 years of franchise business experience, including launching over 160 sucessful Planet Fitness locations throughout 11 states and earning a place in the Plant Fitness Franchisee Hall of Fame. In partnering with Slapfish, the Lomasneys plan to open six additional locations in South Carolina and Georgia over the next five years, and one per year after that. The Hilton Head Slapfish restaurant will serve seafood from the local waters of South Carolina, North Carolina and Florida such as Gag Group, Vermillion Snapper, Summer Flounder and Yellowfin Tuna.

Slapfish continues to experience tremendous growth, opening a total of 13 locations across the globe in 2019 alone. In addition, the modern seafood shack received a significant investment and franchise commitment from experienced franchisee and former professional football player Mac Haik, CEO and chairman of Mac Haik Enterprises, to fuel the chain’s growth. The partnership includes a deal to develop 30 or more Slapfish locations in Texas and Arkansas.

Slapfish is working with Fransmart, the industry leading franchise development company behind the explosive growth of brands like Five Guys Burgers and Fries, The Halal Guys and Qdoba Mexican Grill, as the concept’s exclusive franchise development partner to grow the brand in major U.S. and international markets. With the brand’s continued Southeast expansion, Slapfish is seeking additional franchisee partners in the region where territories are available.

Slapfish was established in 2011 by Chef Andrew Gruel as a food truck in California, focused on serving fresh, honest seafood. The concept has since become the fastest growing fast-casual seafood restaurant in North America, with over 20 brick-and-mortar locations and more than 150 in development. Known for its emphasis on sustainability and conservation, Slapfish is on a mission to, “make seafood sexy again,” at an affordable price. The brand has been featured on Food Network, PBS and Food & Wine, just to name a few. For more information about Slapfish, visit slapfishrestaurant.com.

As the leading franchise development firm in the country, Fransmart turns emerging restaurant concepts into successful national and global brands. Founded by Dan Rowe, the man who identified and grew brands such as Five Guys Burgers & Fries and Qdoba Mexican Grill from single unit businesses to the powerhouse chains they are today, Fransmart’s formula for success is finding emerging brands ripe for expansion and building successful multi-unit franchise businesses across the U.S. and globally. Fransmart’s current and past franchise development portfolio brands have opened more than 5,000 restaurants worldwide, and facilitated franchise investments that have cumulatively generated 1-billion in revenues to date. For more information, visit www.fransmart.com, Facebook at facebook.com/fransmart, Twitter at twitter.com/FransmartSocial, LinkedIn at linkedin.com/company/fransmart and Instagram at instagram.com/fransmartsocial.