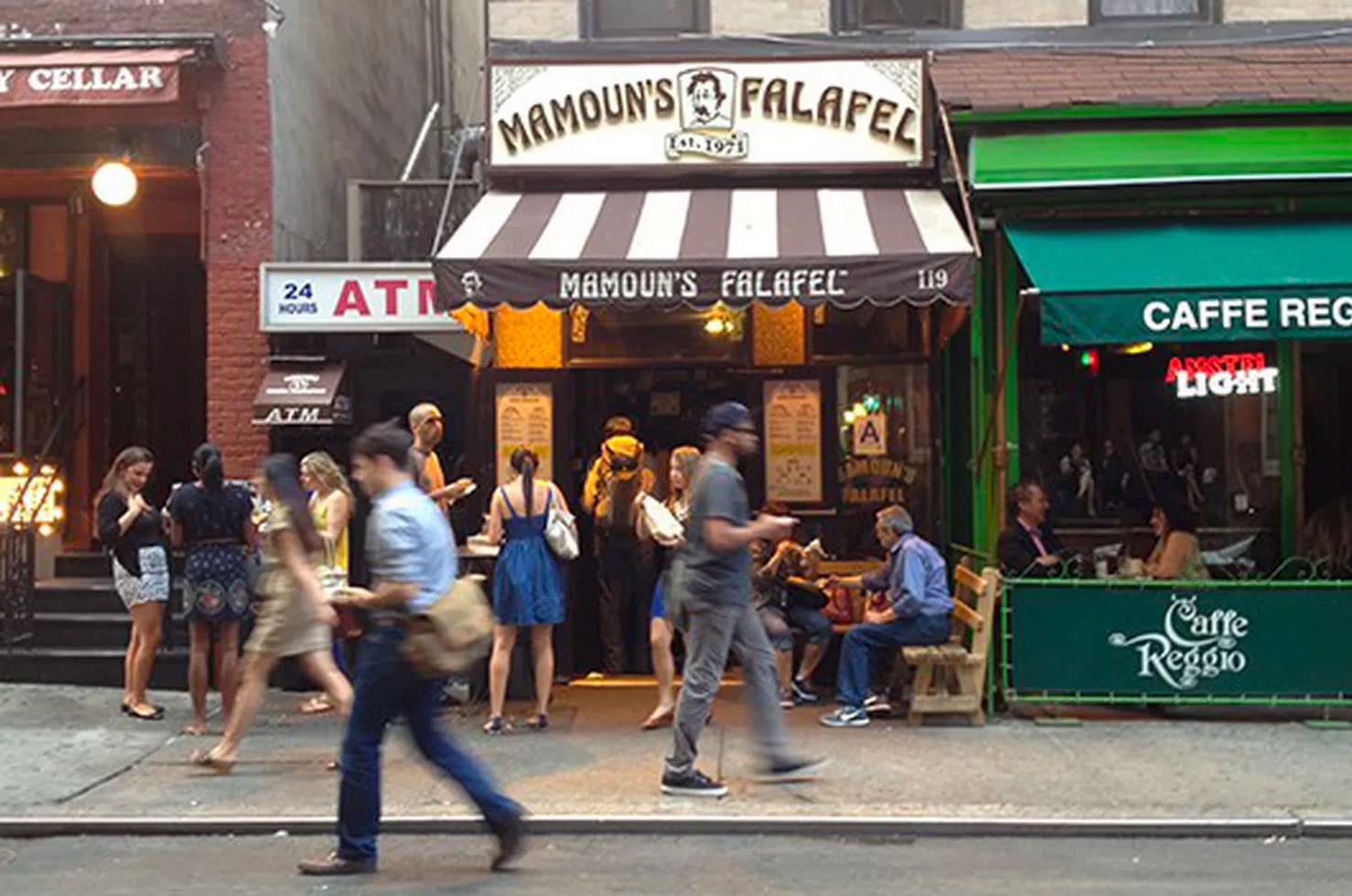 Yet another NYC-based falafel chain is targeting a major expansion — this time, iconic restaurant Mamoun’s Falafel.

The cheap eats favorite dating back to 1971 plans to open in six new cities this year, including planned outposts in nearby Fort Lee, NJ, Philly, and Long Island. Already, word’s out that Chicago might get a whopping five new outposts, and now, the company says that plans include a new restaurant on Staten Island as well.

Pushing the expansion is Fransmart, a company that helps restaurants with franchising and is behind growth of chains like Five Guys and Qdoba. Fransmart is also helping fellow NYC-based icon Halal Guys with plans to take its chicken-and-rice global.

Though NYC is rife with falafel, Mamoun’s serves one of New York’s most legendary versions of a falafel sandwich — still a bargain at $4 a pop and still available late at night with a 5 a.m. closing time at the original location in Greenwich Village. Since its founding nearly 50 years ago, it’s added a location on St. Mark’s Place and several in New Jersey. Besides falafel, Mamoun’s also serves a killer hot sauce and other Middle Eastern fare like lamb shawarma and baklava.

But it’s entering a crowded market of fast-casual falafel chains with ambitious expansion plans. Fellow NYC-based company Hummus & Pita Co wants to open 100 outposts across the country this year alone, and chef Einat Admony and her husband/partner Stéfan Nafziger also plan to grow their falafel hit Taïm this year. Meanwhile, DC-based Cava Grill — which opened in New York two years ago — has been on a growth tear, too.