The oldest and most famous falafel shop in the country,
authentic Middle Eastern food franchise using only the freshest ingredients

Mamoun’s Falafel has been serving high quality Middle Eastern food since it first opened its doors in New York’s Greenwich Village in 1971. The family-owned restaurant is not only the oldest falafel restaurant in the city, but also the most famous. Loyal fans range from native New Yorkers and tourists, to famous actors and musicians.

Mamoun’s Falafel makes everything from scratch using only the freshest ingredients, finest imported spices, and signature recipes. They were highlighted on ‘Best Cheap Eats in the U.S.’ and quoted by celebrity Chef and TV host Rachael Ray as the “best falafel I’ve ever had on the planet… Period!”

Mamoun’s Falafel franchises are booming across the country having caught the attention of large multi-unit franchisees as their next emerging brand in major markets across the U.S. and internationally.

Capitalizing on the trend, 66% of consumers are eating a wider variety of ethnic cuisine compared to 5 years ago (National Restaurant Association)

Everything from scratch using only the freshest ingredients, finest imported spices, & signature recipes

We’re looking for passionate and dedicated franchisees with experience owning and operating multiple franchise units within a territory, or qualified investors ready to invest in the country’s largest and fastest growing Middle Eastern food restaurant franchise.

Operational experience in the restaurant business is a plus, but not required assuming a professional General Manager will be part of your team. Prospective Franchisees must meet the minimum requirements below to be consider for a Mamoun’s Falafel franchise.

*Investment partners may contribute to this requirement

For nearly 40 years, nighttime carousers ambling out of bars and nightclubs in New York City’s famous West Village neighborhood have had a stalwart option for their post-cocktail snack attacks.

Founded in 1971 by Syrian immigrant Mamoun Chater, Mamoun’s Falafel has achieved almost cult status as it churned out Middle Eastern fare from its 200-square-foot shop for daytime shoppers, tourists, students on a budget and late-night party-goers. Now the operation is in the fourth year of its play to branch out through franchising, and has 10 shops up and running, with more on the way.

Mamoun’s has always been a family affair, and Mamoun, his wife Maria and their children lived on the same street as the restaurant, and everyone pitched in to run the business. Over the years the restaurant gained a reputation as a great place for late-night eats…

Mamoun’s Falafel has long held the title of being the most authentic and flavorful falafel in the city. The first location opened in Greenwich Village in 1971… Read more…

All in the Family

Forbes Profile Story By: Karsten Strauss For nearly 40 years, nighttime carousers ambling out of bars and nightclubs in New York City’s famous West Village neighborhood have had a stalwart option for their post-cocktail snack attacks. Founded in 1971 by Syrian immigrant Mamoun Chater, Mamoun’s Falafel has achieved almost cult status as it churned out Read more… 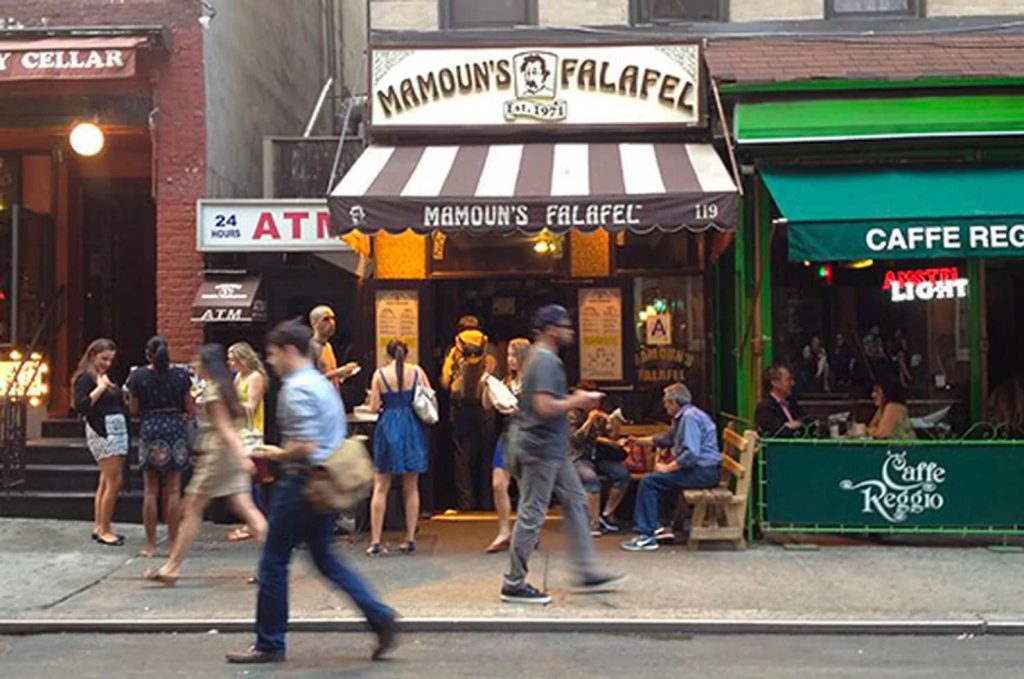 A NYC-based falafel chain is targeting a major expansion — the iconic restaurant Mamoun’s Falafel. The cheap eats favorite dating back to 1971 plans to open in 6 new cities this year, including planned outposts in nearby NJ, Philly, and Long Island. Already, word’s out that Chicago might get a whopping 5 new outposts, and now…

The highly acclaimed Mamoun’s Falafel, which first opened in New York City in 1971 and has since been recognized by publications across the country for its namesake offering, is pursuing an aggressive franchising growth strategy that is poised to take the concept nationwide. Mamoun’s currently operates…

Mamoun’s Falafel, the family-owned and operated New York City chain, opened the doors to its first-ever location in Dallas on Saturday. And much to our delight, the hype around this Middle Eastern restaurant’s highly anticipated opening was quite justified. It all boils down to this… 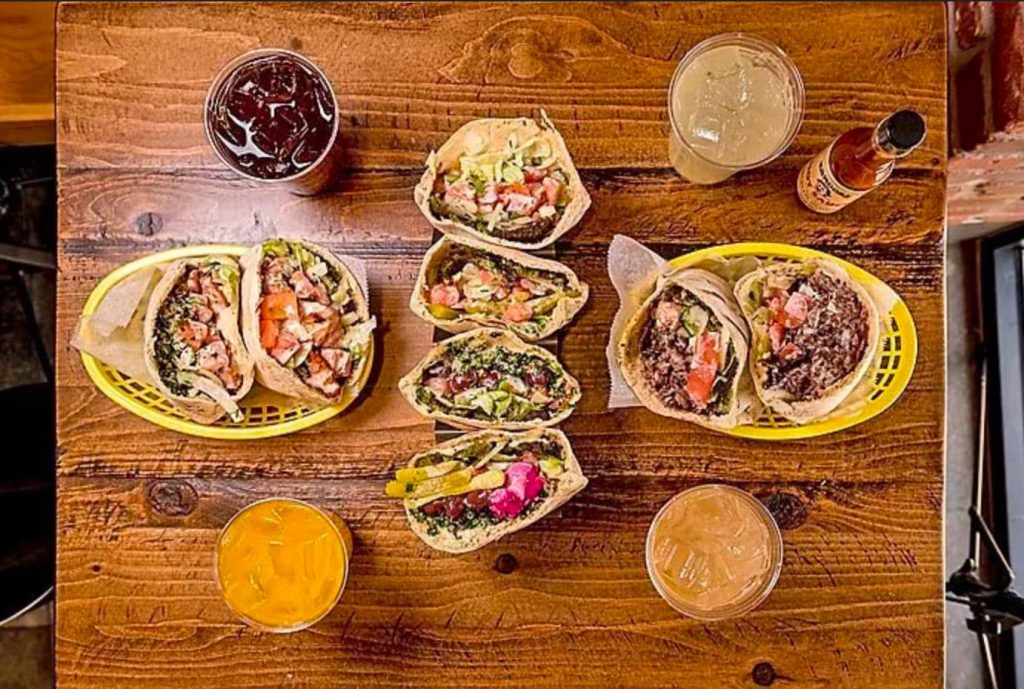 1. Notice Regarding Franchise Offers and Sales

A. This information is not intended as an offer to sell, or the solicitation of an offer to buy, a franchise. It is for information purposes only. There are approximately 14 countries and 15 US states that regulate the offer and sale of franchises. The countries are Australia, Brazil, Belgium, Canada (provinces of Ontario, Alberta, Prince Edward Island, New Brunswick and Manitoba), China, France, Indonesia, Italy, Japan, Malaysia, Mexico, Russia, South Korea, Spain, and the United States of America. The US states are California, Hawaii, Illinois, Indiana, Maryland, Michigan, Minnesota, New York, North Dakota, Oregon, Rhode Island, South Dakota, Virginia, Washington, and Wisconsin. If you are a resident of one of these states or countries, are receiving this message in one of these states or countries, or intend to operate a franchise in any of these states or countries, we will not offer you a franchise unless and until we have complied with any applicable pre-sale registration and/or disclosure requirements in the applicable jurisdiction.