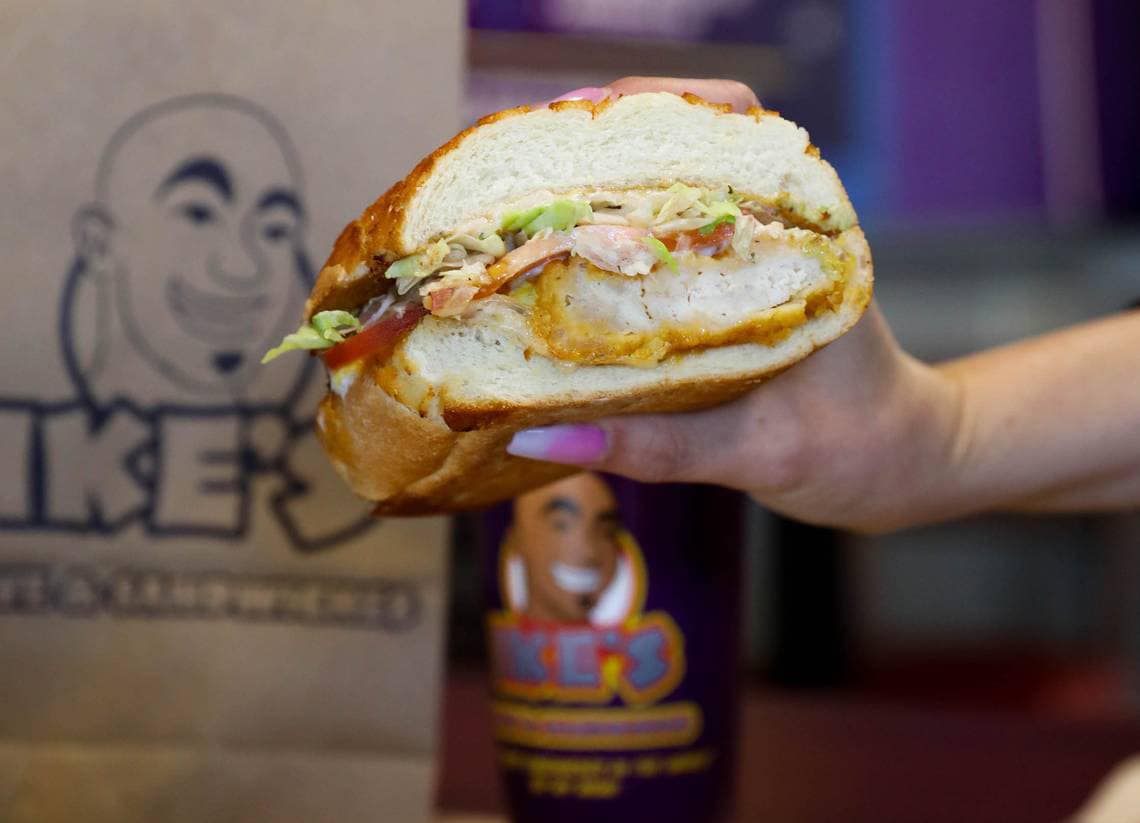 A popular sandwich chain that has opened dozens of locations throughout the state has reached San Luis Obispo.

Ike’s Love and Sandwiches, which has 56 other locations in California, as well as Reno and Phoenix, has opened its first store in SLO at 1028 Chorro St.

The shop has already opened its doors but will hold a grand opening celebration Friday, with a free sandwich going to the first 50 customers. Ike’s hours are currently 10 a.m. to 10 p.m. seven days per week.

The business is located across from Mission San Luis Obispo de Tolosa, next to El Matador Mexican Restaurant (in between Higuera and Monterey streets).

The new location, orginally from the Bay Area, features its traditional menu with sandwiches such as the “Tony Soprano,” “The Little Mermaid” and “Steph Curry One,” along with two sandwiches with SLO-centric names, the “Bubblegum Alley” and “Thank You For Not Smoking.”

Other sandwich names include “Paul Reubens,” “Menage a Trois” and “Steve Jobs,” a veggie sandwich.

Ike’s was established in San Francisco by Ike Shehadeh in 2007, and the restaurant has appeared on TV’s “Man v. Food” and featured in The New York Times.

High-profile fans include retired San Francisco Giants pitcher Matt Cain, who called a visit to Ike’s “a must-do experience when you come to San Fran” in a YouTube video posted by San Francisco Travel.

One of the restaurant chain’s claims to fame is its Ike’s Dirty Secret Sauce, which is spread on every sandwich and baked into bread.

“I visited San Luis Obispo about four years ago and ever since have made sure it is a frequent stop when driving through,” Shehadeh wrote in an email to The Tribune in November. “I am excited to have an Ike’s in this incredible city and have just another excuse to get to visit. I absolutely love the community and am thrilled to share our love and sandwiches with all of you.”

Article from The TribuneBack to Ike's Love & Sandwiches Page