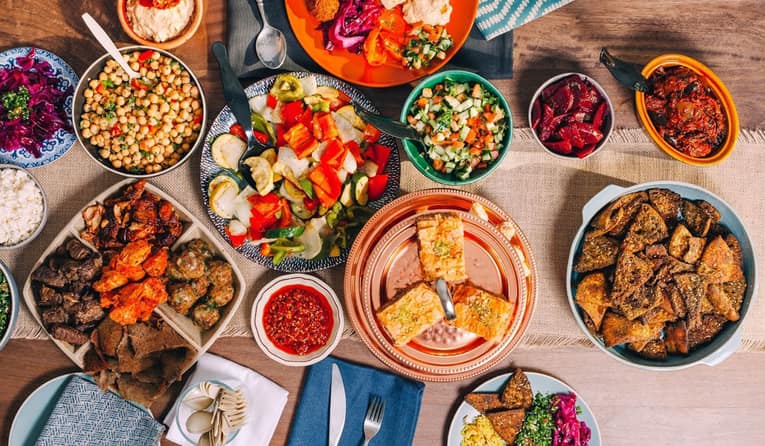 The fresh and healthy Mediterranean concept has been delivering guilt-free, homemade cuisine to the masses since 2011.

“We have been long awaiting the day where we finally get to introduce The Hummus & Pita Co.’s fresh and authentic Mediterranean cuisine to the Holmdel community,” says New Jersey franchisee Kaushal Shah. “We plan to make a big splash in Bell Works by attracting a clientele of business professionals and local shoppers alike, and from there, we plan to spread The Hummus & Pita Co.’s high-quality eats to the entire state of New Jersey.”

The fresh and healthy Mediterranean concept has been delivering guilt-free, homemade cuisine to the masses since 2011. All menu items are made from scratch on the premises at each location, using only the freshest ingredients available to ensure high-quality, flavor-focused eats for every guest. The Hummus & Pita Co. stands out from other Mediterranean concepts for its freshly-baked pita and laffa breads, wide variety of vegetarian dishes, meats cooked in a traditional taboon oven, and its signature hummus-based dessert offerings like the Hummus Shake and Hummus Ice Cream, which have been recognized by national media outlets including ABC’s The Chew, People Magazine, Business Insider, PopSugar, and more.

The Hummus & Pita Co.’s high sales volume, coupled with high consumer demand, proves the brand is well-poised for its planned national expansion, including units in development in Denver, CO; and Detroit, MI; which are slated to open by year’s end, and multiple units in Los Angeles, CA planned for 2019. Due to the brand’s rapid franchised growth and expansion into new markets, The Hummus & Pita Co. was named one of QSR’s “13 Emerging New York City Fast Casuals to Watch” and “11 Restaurant Franchises on the Cusp of Greatness.”

The Hummus & Pita Co. is partnered with Fransmart, the industry leading franchise development company behind the explosive growth of brands like Five Guys Burgers and Fries, The Halal Guys, and Qdoba Mexican Grill, as their exclusive franchise development partner to grow the brand.  They are currently looking for experienced multi-unit foodservice operators to develop franchise territories in major markets.