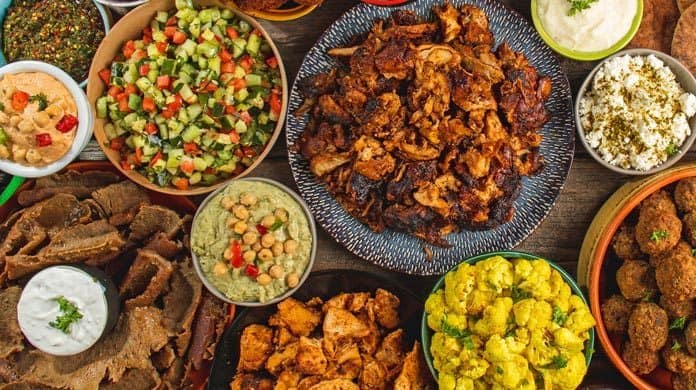 The Hummus and Pita Co. is celebrating their quick growth, with creator Dave Pesso recently deciding to franchise.

With four storefronts currently open and many others coming soon, The Hummus and Pita Co. is providing high quality and locally sourced Mediterranean food around the country.

Pesso grew up in Canarsie, Brooklyn in a Jewish and Greek household. His mom always placed an importance on creating memories in the kitchen with cooking and eating great food together. Pesso recalled how he would travel with his mom two towns away just so she could get the best quality ingredients, which is how he developed a taste for high quality fresh food.

After his mother, Janice Axelrod, sold her very successful mortgage company in 2007, the family gathered and they decided they wanted to get into the food industry. Since food was such a big part of their family growing up, Pesso and his family decided to open a place they felt passionate about. That was when the idea for The Hummus and Pita Co. came about.

For their family, it seemed like a no brainer to create a fast-casual restaurant that highlighted their Greek and Jewish heritage through Mediterranean food. The Hummus and Pita Co. uses flavors from all over the Middle East in their menu, including Israeli salad, Turkish meatballs, Moroccan carrots, and Lebanese cauliflower. Pesso described the growing popularity of Middle Eastern style food in saying, “Hummus and pita have now become like spaghetti and meatballs or apple pie.”

Pesso and his family decided to open their first location in Chelsea in New York City. They worked hard to market The Hummus and Pita Co. to ensure differentiating themselves from the new trend of fast-casual healthier food chains. Pesso stated, “We knew that we did the basics right and our food was fresh and good and authentic, and luckily since day one we have had lines out the door.”

After the success of their first restaurant, Pesso and his family opened three more locations, in Tribeca, in the Garment District, and in Brookfield, Connecticut. Following opening their fourth successful restaurant, they decided they were ready to potentially franchise The Hummus and Pita Co.

Since the start of opening their first location, people from the franchising company Fransmart had been approaching Pesso about helping grow their business. After speaking to a bunch of people about this, Fransmart came back in saying they not only wanted to franchise The Hummus and Pita Co., but they also wanted to be partners. In regards to Fransmart, Pesso stated, “They have exceeded expectations, which is very rare and have been such an integral part in helping take us to the next level.”

Pesso and his team are opening The Hummus and Pita Co. in Denver, New Jersey, Detroit, and multiple locations in southern California. Additionally, they have also made a deal with another franchising company to open locations in Georgia, Florida, Alabama, and South Carolina. Pesso and his team were looking for franchisers that were passionate about helping grow their business, had prior experience in franchising restaurants, and had the same core values as them.

In opening new locations of The Hummus and Pita Co., Pesso has emphasized their focus on creating great food and a great atmosphere. Pesso described The Hummus and Pita Co., as peace in the Middle East, embracing all flavors from there. When talking about new and recurring customers, Pesso said, “What they like about us is the authenticity they feel that comes out of our cause.”

At The Hummus and Pita Co., every ingredient is hand cut and all produce is locally sourced. Pesso imports ingredients from the Middle East, such as tahini from Turkey or spices from Israel. He then created a system where Sysco provides all the locations with these specialized ingredients, and then each restaurant finds a local company to get their produce from.

Pesso is always looking to keep The Hummus and Pita Co. menu fresh, with unique dishes such as dessert hummus and a vegan gluten free hummus shake. They even come out with seasonal dips and drinks such as the new eggnog hummus and hummus shake. One of Pesso’s main focuses when creating their dessert dishes was that you can have the taste of a great dessert, without sacrificing any flavor and decadence.

The Hummus and Pita Co. reaches a wide variety of customers through their innovative food, fresh high-quality ingredients, and exciting restaurant design. With a small family business that has grown into a nationwide sensation, Pesso and his family are passionate about keeping all locations of The Hummus and Pita Co. faithful to their original motto of bringing healthy and homemade Mediterranean food in a warm and charming setting.