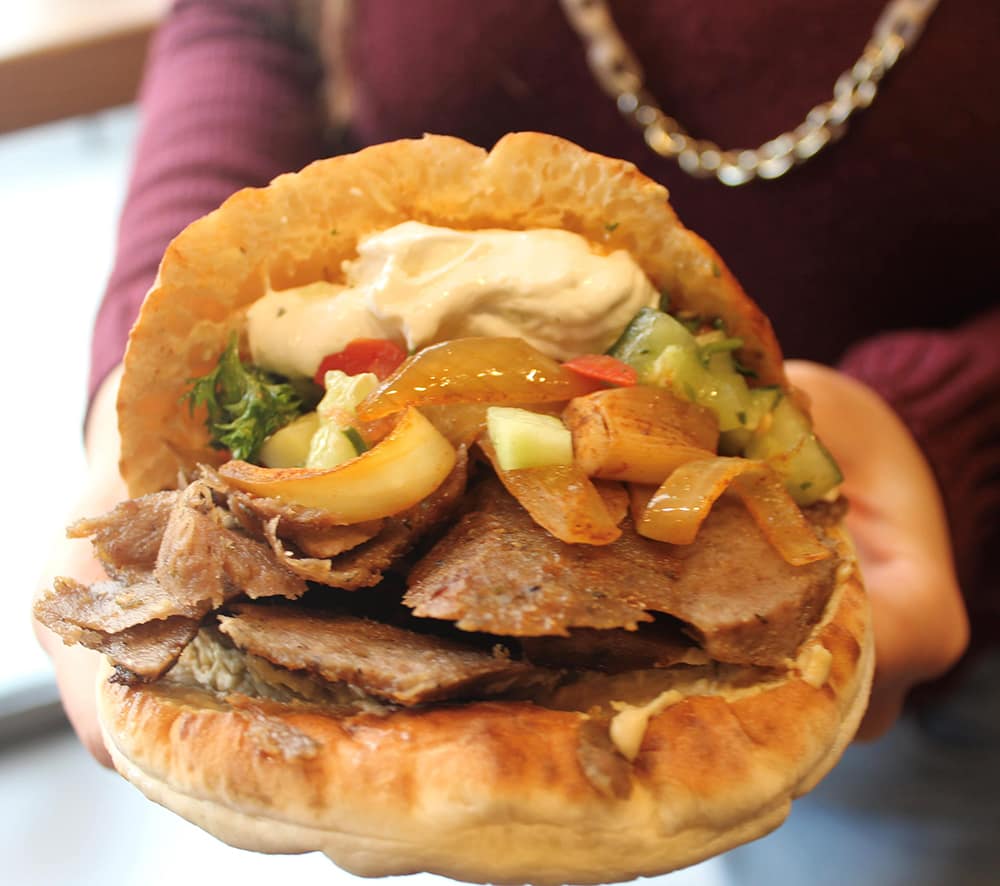 Dan Rowe and his Fransmart franchise development company are helping fuel the expansion of brands such as The Halal Guys, Curry Up Now and Cauldron Ice Cream, and past success stories including Five Guys and Qdoba are on Rowe’s resume.

Then there’s Hummus & Pita Co., one of the brands partnered with Fransmart that inked a 100-unit development agreement to open locations throughout California. You can read all about franchisee Dan Markel’s plans for the concept as the newest brand to join his Pure Blue Dining holding company here.

Rowe, meanwhile, shares why he thinks Hummus & Pita Co., which has just six open restaurants, could be on its way to 2,000 units.

FT: What first drew you to the Hummus & Pita Co. concept that had you thinking it could be a successful franchise?

Dan Rowe: A quarter of the world’s population, 1.5 billion people, lives in the Middle East and across the Mediterranean. We already know that people love hummus, pita and gyros, but so far no one has built one unifying global restaurant brand that encompasses this entire region. I love Middle Eastern street food, but in my travels to the Middle East I was not able to find the right fit for a concept to bring to America. Aside from great flavors, I was looking for a concept with a look and feel that would be safe and approachable for mainstream American consumers—where moms on the go would want to take their kids for a healthy meal, and have the go-to familiarity that Starbucks carries.

Then I found The Hummus & Pita Co. in New York. The name was friendly, and when I went into the restaurant I experienced a Mediterranean/Middle Eastern version of Chipotle. I knew this was the right service format because even if customers weren’t familiar with every item on the menu, they could simply point to the fresh food right in front of them and get the perfect meal every time.

We are also investors in Cava, and while Cava has a limited menu, customers like the ‘point-and-choose’ experience. The Hummus & Pita Co. features a broader menu in that same format. We tried working with Dave Pesso, co-founder at The Hummus & Pita Co., when he only had one location, but we couldn’t get his attention. We kept chasing, and finally, two years later, we started working with Dave. Immediately, franchisees from across the country started signing up, many for entire markets and even entire states. Everyone knows this is the next big segment, and they want as much runway as possible.

FT: Are there any operational tweaks that were made before launching the franchise program?
Rowe: They figured out the Chipotle-like process from the beginning. The only thing that has changed in order to scale it that they used to have an oven at the front of the store making fresh pita, but this proved to be really inconsistent. They have since found a co-packer that could make pita exactly the way they wanted, which optimized the process in a way that can scale worldwide.

FT: How is Hummus & Pita Co. positioned to attract franchisees?

Rowe: The Hummus & Pita Co. has the right service style, a broad menu that is simple to execute and menu innovations, such as dessert hummus and the Hummus Shake. This is the next big segment—as big as burgers, chicken and pizza, and there are no national competitors. We are already the largest and fastest growing Mediterranean franchise in America, and we are just getting started. By the end of the year, there will be 200-plus locations in development. Over the next few years, we will have at least 500 locations in development, with flags planted in the 40 largest media markets in North America and key international markets on our way to 2,000-plus locations.