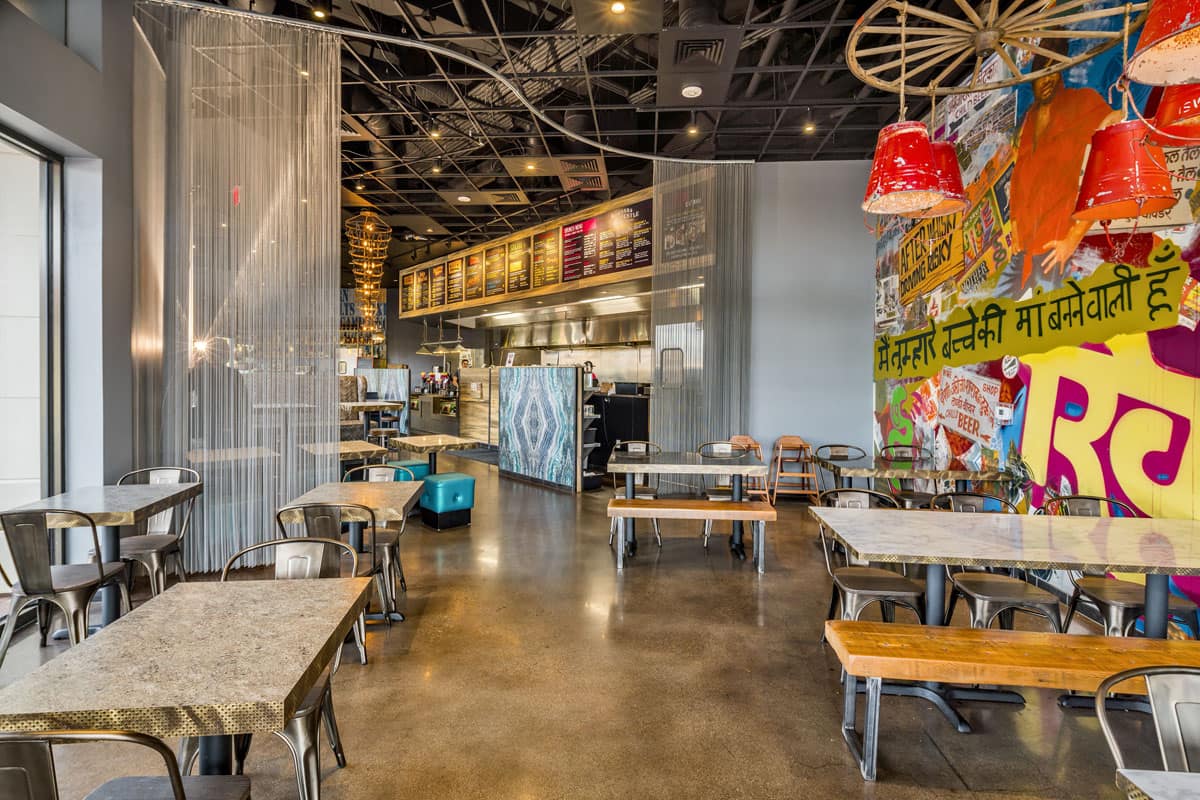 A Salt Lake City-based entrepreneurial family is bringing Curry Up Now, the largest and fastest growing Indian fast casual concept in the United States, to Utah and Colorado. Last fall, John Netto and his family signed the largest multi-franchise agreement to-date for Curry Up Now, going beyond a five-unit agreement and negotiating exclusive rights to open the first 20 restaurants throughout Utah and Colorado.

The concept’s unique spin on traditional Indian cuisine, profitability outlook and successful franchise business model are among the factors that inspired Netto and his family to commit to becoming a Curry Up Now franchisee in the Rocky Mountain region. The following factors increased their confidence in becoming the dominant, and first, Indian fast casual in Utah and Colorado.

A unique spin on Indian cuisine

Solidifying its position as one of the nation’s most sought-after new concepts, Curry Up Now was recently featured in QSR’s 40 Under 40, Nation’s Restaurant News’ 2018 Breakout Brands Report and named the top hot food-and-beverage chain by the International Council of Shopping Centers (ICSC).

“Our family loves Indian food, and Curry Up Now is unlike any other Indian concept out there,” said Netto. “You might not know saag paneer or chicken tikka masala, but when Curry Up Now puts it in their unique burrito, people try it, realize how much they like it, and keep coming back for more.”

Indian food is poised for rapid growth, with Innova Market Insights reporting that products made with ethnic flavors jumped 20 percent between 2013 and 2017. Influential groups like millennials are also more interested in innovative, healthy food and unique flavors than older generations. According to Technomic’s 2018 Generational Consumer Trend Report, 44 percent of millennials would like to see more ethnic options at restaurants.

Taking advantage of the way Curry Up Now leverages conversions where possible to keep opening costs down, the Netto family says they can easily afford the best real estate in Utah and Colorado, further positioning them as the dominant, and first, Indian fast casual in the two states.

“There are over one billion Indians in the world and not a single national Indian restaurant brand,” said Dan Rowe, CEO of Fransmart, Curry Up Now’s exclusive franchise development partner. “I looked for years for the right concept – authentic and craveable food, a concept with real soul and their own unique DNA, a broadly appealing concept for mainstream, and of course strong unit economics so franchisees can thrive. Curry Up Now has the best unit economics of any brand we have worked with, and this is just the beginning for them.”

Curry Up Now is partnered with Fransmart, the industry-leading franchise development company behind the explosive growth of brands like Five Guys Burgers and Fries, The Halal Guys, and Qdoba Mexican Grill, as their exclusive franchise development partner to grow the brand. The concept is currently looking for experienced multi-unit foodservice operators to develop franchise territories in top 40 major media markets across the U.S. To learn more about franchising opportunities with Curry Up Now, visit go.fransmart.com/curryupnow

Curry Up Now was established in 2009 by Akash Kapoor and his wife Rana, and ably supported by co-founder and now Senior VP of Operations, Amir Hosseini. The concept, which is known for its innovative spin on traditional Indian cuisine, has been recognized in publications such as Zagat: ‘5 Hottest Fast-Casual Chains,’ EATER SF: ‘SF’s Best Indian Restaurants,’ 7×7: ‘100 Things To Eat Before You Die,’ QSR: ‘40 Under 40,’ Fast Casual: ‘Top 100’ movers & shakers,  and Nation’s Restaurant News: ‘2018 Breakout Brand.’ Curry Up Now currently operates six brick-and-mortar locations in San Francisco, San Jose, San Mateo, Oakland, Palo Alto, and Alameda, as well as four food trucks rolling under the same name. For more information about Curry Up Now, visit www.curryupnow.com.

Fransmart is the global leader in franchise development, turning emerging restaurant concepts into national and global brands for over 10 years. Company founder Dan Rowe identified and grew brands like Five Guys Burgers & Fries and QDOBA Mexican Grill from 1-5 unit businesses to the powerhouse chains they are today. Fransmart’s current and past franchise development portfolio brands have opened more than 5,000 restaurants in 45 states and 35 countries. Fransmart and their partner brands are committed to franchise development growth. For more information, visit www.fransmart.com.

Article from Restaurant MagazineBack to Curry Up Now Page