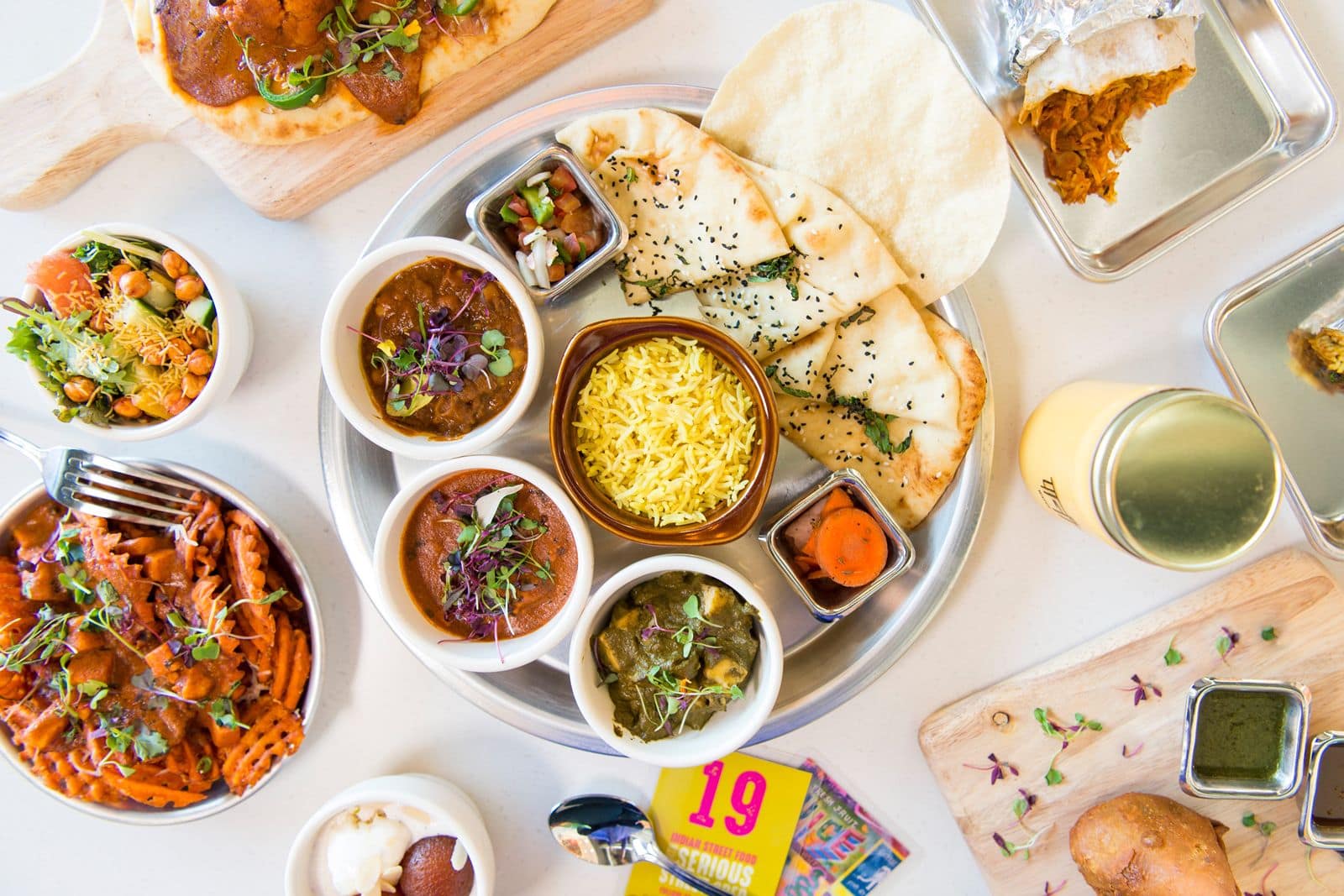 Curry Up Now currently has over 50 franchise and corporate locations in varying stages of development.

Curry Up Now will celebrate the grand opening of its first Southern California restaurant in Irvine at 922 Spectrum Center Drive on Wednesday, January 29 at 11 a.m. The restaurant, which is best known for its iconic Tikka Masala Burritos, Deconstructed Samosas, Sexy Fries, Naughty Naan, Indian street food and more, will celebrate the opening by offering a free burrito or bowl to the first 100 guests in line.

“We’ve been anticipating this grand opening for months, so we’re thrilled to finally share Curry Up Now’s innovative Indian dishes like Tikka Masala Burritos and Sexy Fries with the greater Orange County and Irvine communities,” say Vishal Chopra and Manpreet Behl, two of Curry Up Now’s Southern California franchisees. “Irvine’s diverse food scene is a perfect match for Curry Up Now’s innovative menu, so we’re hopeful that this new addition to the Irvine Spectrum will bring in a new crowd and spike interest for Indian cuisine.”

Curry Up Now began as a food truck in 2009, founded by husband and wife duo, Akash and Rana Kapoor, and ably supported by co-founder and Senior VP of Operations, Amir Hosseini. Since day one, Curry Up Now has been on a mission to serve Indian flavors and ingredients in a way that is approachable for the everyday American consumer by utilizing formats that are more recognizable to the mainstream. Their signature dishes include burritos, bowls, tacos, Naughty Naan, and more, as well as a wide variety of Indian street food snacks and traditional dishes like Thali Platters, Kathi Rolls, and Bhel Puri. Ingredients are clean and sourced from local vendors whenever possible, and the menu is designed to support vegan, gluten-free, and Halal diets in an effort to accommodate all guests, no matter their dietary preferences.

In the last 10 years, the Kapoors have expanded the Curry Up Now empire to include three food trucks, eight brick-and-mortar restaurants spanning coast to coast, and a globally-inspired craft cocktail bar concept, Mortar & Pestle, that is housed within select Curry Up Now restaurants. Curry Up Now currently has over 50 franchise and corporate locations in varying stages of development across the United States, with openings coming soon in Sacramento, Calif., Hoboken, N.J., and Fort Union, Utah. In 2020, Curry Up Now anticipates opening 12 additional locations across the country.

“As a San Francisco-based company, we’ve had our eyes on Southern California expansion for quite some time, so we’re very excited to introduce our imaginative, playful, and innovative menu to the people of Orange County and Irvine,” says Akash Kapoor. “We’ve found great partners in Vishal, Manpreet, and the rest of the franchise group and know they have the drive and vision to expand Curry Up Now throughout all of Southern California.”

The concept is partnered with Fransmart, the industry-leading franchise development company behind the explosive growth of brands like Five Guys Burgers and Fries, The Halal Guys and Qdoba Mexican Grill, as its exclusive franchise development partner. Curry Up Now is currently looking for experienced multi-unit foodservice operators to develop additional franchises in major markets across the country.

Article from QSR MagazineBack to Curry Up Now Page