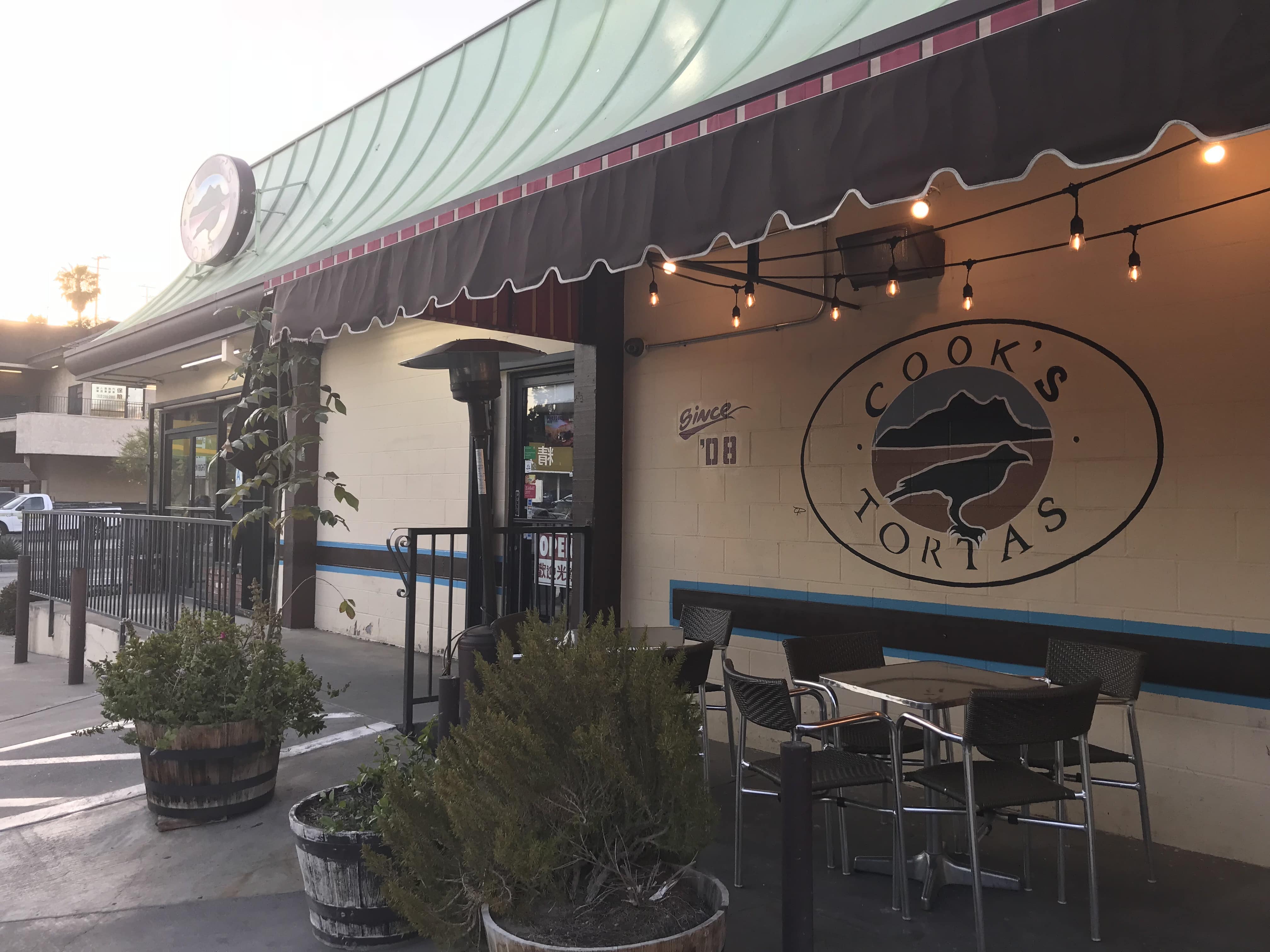 To celebrate her promotion, Rocio Nunez and her coworkers at the Los Angeles Fire Department recently spent a Thursday afternoon enjoying their last meal together as a team. For this special occasion, Nunez chose Cook’s Tortas, a Monterey Park restaurant known for their handmade Mexican sandwiches.

Owner Edgar Cortazar, with his wife and founder Elyan Zamora and his mother-in-law, began Cook’s Tortas in 2008 with the dream of introducing tortas to the city’s diverse community.

The restaurant’s daily preparation involves baking the day’s supply of bread from scratch, buying fruits from suppliers for the aguas frescas and making sauces, sides and dressings. The line-up of flavors for the aguas frescas changes daily, varying from pineapple orange to watermelon mint depending on whichever fruits are the freshest. Ingredients such as meats and vegetables are delivered to the store twice a day to ensure quality. The kitchen does not utilize any freezers, and any leftover food after the day is over is donated to charities or given to employees.

“There is not another Mexican torta place [in the area] that makes their own bread and sauces with prime quality ingredients,” Cortazar said.

Nunez, who is at the restaurant for her second time, agrees.

“I love their bread,” she said. “I also really like the Jamaica [aguas fresca].”

The store’s menu has stayed consistent since the beginning with the exception of the Chef’s Special, which changes every other week based on what Cortazar’s family is craving. All the torta recipes are created by Zamora and her mother, who take inspiration from the family’s travels. For example, the idea for the Bacalao torta (which contains cod, red peppers and olives) has its origins in Spain, where the Zamoras fell in love with the salted codfish and olive oil. The pork, garlic and onion-filled Mojito torta was created after a trip to Cuba. The Cochinita torta has its roots in a traditional Mexican Christmas dish made with Yucatan style pork, onions, black beans and mayonnaise.

The name of the restaurant comes from the historical figure Captain James Cook, who was known for exploring and charting Australia, New Zealand, Hawaii and other islands, just as the family explored the world to create their recipes. The logo, which shows a crow on an island, is inspired by Zamora’s love of crows.

Twenty-five years ago, Cortazar and the Zamoras came to the United States from Mexico City in search of a better economic future. Before opening Cook’s Tortas, Cortazar led a successful music career, influenced by his father’s prosperity as a film music producer in Mexico. Cortazar has produced Spanish songs for famous artists like Demi Lovato and Ariana Grande and even won a Latin Grammy in 2006. However, for financial stability, he decided to start his own business.

While Cortazar has continued to produce music on the side, most of his current efforts are focused on the restaurant. Although Cook’s Tortas currently has only one location, Cortazar and his family are looking at opening more storefronts.

“We have the plan to expand Cook’s Tortas nationwide, and hopefully internationally, too,” Cortazar said.

Employees of the restaurant enjoy working with Cortazar and the rest of the staff. Project Manager Edwin Garlegos, for example, finds Cook’s Tortas’ business philosophy special.

In the 10 years Cook’s Tortas has been open, Cortazar has achieved his goal of bringing his tortas to a wide range of customers including Nunez and her coworkers. People of all ages and ethnicities come to the restaurant and enjoy the sandwiches. In addition, the restaurant displays large signs in Chinese and had its menu translated into Mandarin with the help of a friend.

“We respect and are grateful to the Asian community,” Cortazar said. “It’s our way of saying thank you.”

Conveniently located next to East Los Angeles College, the restaurant also benefits from hungry students who come by for meals. To garner the attention of more young people, Cortazar has been working to increase publicity for the restaurant by improving their website and social media handles.

“We want people to understand that just like a taco, tortas are a very special and common food in Mexico,” Cortazar said. “We invite everybody from every ethnicity to enjoy [our tortas], and we make them feel like home every time they come here.”

Updated August 2, 2018 to reflect that Elyan Zamora is the founder of Cook’s Tortas.