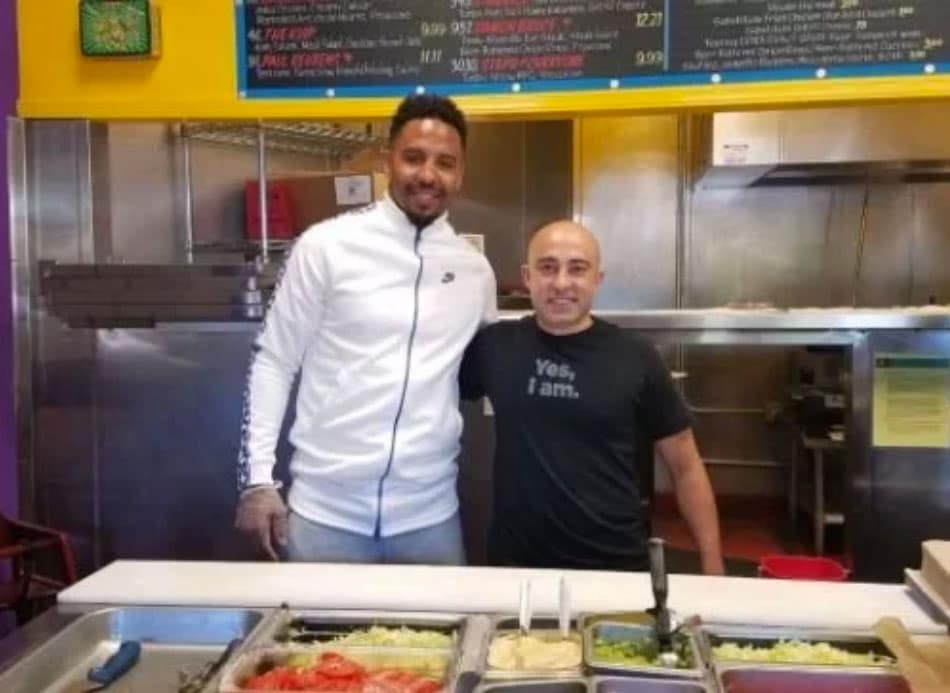 The newest shop in the cult favorite chain will hold first-day festivities on Wednesday, April 3 — with both Ward and Shehadeh in attendance — on Hesperian Boulevard in Hayward.

“Ike and I became friends recently and decided that a Hayward location would be the perfect first shop for our partnership,” Ward, a hometown hero from Hayward High School, said in a statement released Friday. “Hayward has a special place in my heart and I know they are going to love everything about Ike’s, especially the Andre ‘SOG’ Ward sandwich.”

Yes, like all Ike’s, this one will have a few location-specific sandwiches.

Ward’s namesake sandwich is a salami-and-provolone number topped with pesto and drizzled with Caesar dressing.

The two other special Hayward sandwiches will tug at local heartstrings.

“Haywood’s Chicken Fried Cheesesteak” harkens back to one of the city’s early names in the 1800s. It’s made with chicken-fried steak, Swiss cheese and orange wasabi sauce.

And the third sandwich pays tribute to the city’s rich history in the cannery industry. The vegetarian “Super Hunt Bros.” will be a vegetarian version of the “Haywood’s” — but made with tomatoes instead of meat.

Wednesday’s grand opening will start at 10 a.m., with the first 50 guests in line receiving a free sandwich. Both Ward and Shehadeh will be present from 11 a.m. to 1:30 p.m. for photos with fans and autographs.

Article from The Mercury NewsBack to Ike's Love & Sandwiches Page