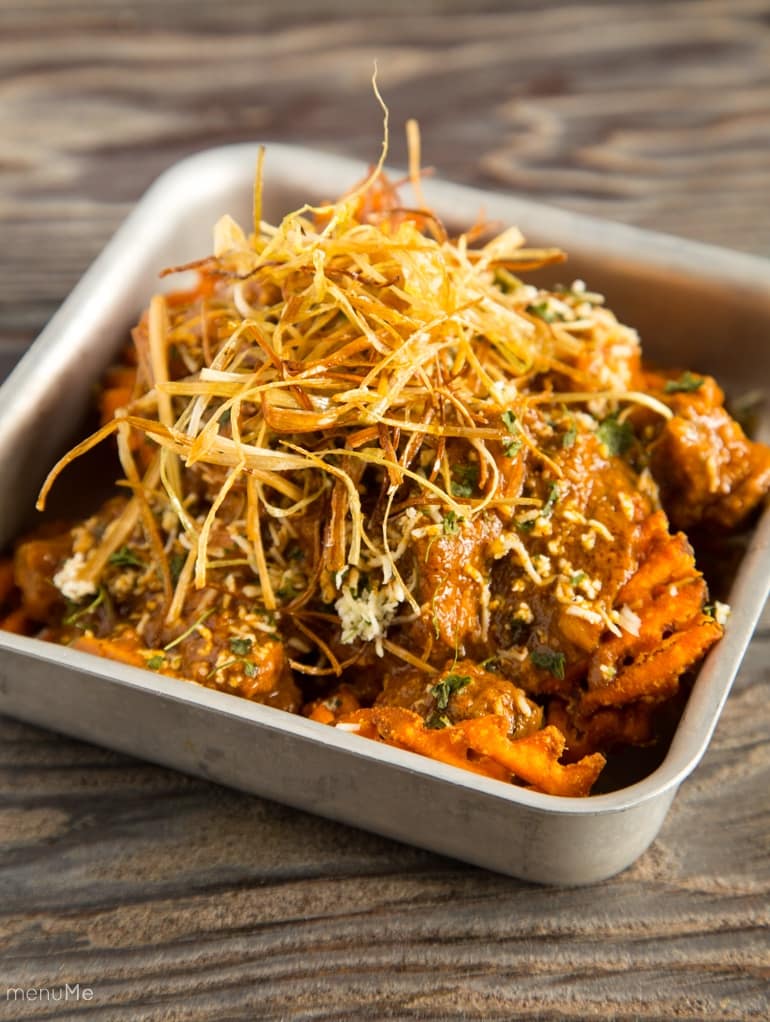 Curry Up Now, the largest and fastest growing Indian fast casual concept in the United States, has finalized a multi-unit franchise deal to bring its innovative, approachable Indian eats to markets throughout the state of New Jersey. Franchisees Pritesh Benjamin and Tejavsi Patel plan to open Curry Up Now locations in the Central and Northern parts of the state, with sights set on opening their first location in the next six months. The New Jersey outposts will be the first for the brand in the Northeast region, and join additional franchised units in development around the country.

“The creativity and unique essence of the brand is what impressed me the most when I first discovered Curry Up Now. They not only pay attention to the taste of the food, but also how it is presented, and that is something that isn’t available on the East Coast yet,” says Benjamin. “I am thrilled to start this venture with Curry Up Now and am proud to be bringing the brand’s creativity, passion, and food to future fans across New Jersey.”

“With franchise deals already solidified throughout California, we’re excited to branch outside of our home state and expand our reach to more of the country,” adds co-founder and CEO of Curry Up Now, Akash Kapoor. “When we met with Pritesh and Tejasvi to discuss franchising Curry Up Now in New Jersey, we were so impressed with their passion for our brand, knack for business smarts, and general know-how of food that we knew they were the right franchise partners to introduce Curry Up Now’s unique and innovative Indian cuisine to a new market.”

Curry Up Now was founded in 2009 by husband and wife duo, Akash and Rana Kapoor, and ably supported by co-founder and Senior VP of Operations Amir Hosseini. The fastest growing Indian fast casual brand in the United States, Curry Up Now is known for taking traditional Indian flavors and presenting them in a friendly, recognizable format. Their menu fan-favorites include the iconic Tikka Masala Burrito, Deconstructed Samosa, Sexy Fries, and Naughty Naan, as well as traditional items such as Kathi Rolls, Biryani, and Thali Platters. The menu also includes Indian street food offerings like Pani Puri, Samosas, Bhel Puri, and Papdi Chaat, along with a playful Street Snack Menu that includes reimagined riffs on Maggi Instant Ramen Noodles, Tacos, Fried Ravioli, and Indian-Chinese Chicken Wings. Curry Up Now prides itself on offering fresh, all-natural curries, chutneys, and sauces; local organic produce and dairy products; and protein options that are halal, naturally raised, and free of antibiotics and hormones. To accommodate all guests, no matter their dietary preferences, Curry Up Now offers a wide array of vegetarian, vegan, and gluten-free items on their menu.

Experts in the hospitality industry project that Indian food will continue to be the fastest growing ethnic food segment in the U.S., making room for Curry Up Now to solidify its position as the largest and fastest growing Indian fast casual restaurant in the nation. In the last year alone, Curry Up Now has been recognized by a number of the restaurant industry’s top publications for its innovative approach to Indian cuisine and huge potential for growth. The concept was featured in QSR’s 40 Under 40.

Article from QSR MagazineBack to Curry Up Now Page